By continuing to use this site, you agree to its use of cookies. Find out more about cookies here. Accept Cookies
What are you looking for?
Solutions
Close Menu
Global Reach
Insight
Close Menu
Webinar
International Business
Close Menu
CONTACT US
Insight
Media Centre
Newsletters
Partner Program 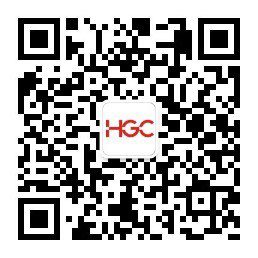 After 18 months as an independent company, HGC Global Communications will benefit as 5G delivers the next generation of technology, CEO Andrew Kwok tells Alan Burkitt-Gray.

We have demonstrated to the financial market that telecoms investment is a long term project. It is challenging – but rewarding

HGC Global Communications is pursuing its international expansion beyond the confined boundaries of crowded Hong Kong. Within the next few weeks, says CEO Andrew Kwok, the company will announce the acquisition of two data centre operations and another Asian fibre network.

“Hong Kong is too small for our expansion,” he tells me a week before ITW in Atlanta. “We’re waiting for a government to approve a fibre network acquisition.”That’s carefully worded. He can’t even say which government yet. The data centre acquisitions have already been completed, but he doesn’t want to name them yet, he teases. “It’ll be two or three months before we announce them.”

HGC business, he emphasises, as well as the growth that’s coming from acquisitions. “Our profile is much wider than 18 months ago – we’re not just in south-east Asia. We are making use of the support of our investor.”

The investor in question is a New York based private equity company, I Squared Capital (ISQ), that paid $1.9 billion at the end of 2017 to take over CK Hutchison’s international and fixed operation.

We’ve spoken many times since that deal was announced and Kwok’s response has always been the same: he will say nothing about ISQ and HGC’s role in the investor’s telecoms strategy.

“We have a big plan in front of us. In the past one and a half years what have we achieved? We have demonstrated to the financial market that telecoms investment is a long term project. It is challenging – but rewarding.”

He refers one more time to ISQ, but that’s it: “They keep on investing in me. After one and a half years we are going forward without deviation.”

So how much bigger is HGC aiming to become, compared with 18 months ago? “I can’t say whether it will be three times or four times,” says Kwok, but the company isexpanding its operations in enterprise and consumer business, as well as the carrier business in Hong Kong, “where we’re in a good market situation”, and it has expanded its international business in the past year, he says. “We have expanded the business and it is now covering five continents. There is an ongoing expanding presence around the world,” he says. “The latest is Ireland.”

HGC wants to do more than set up points of presence. Instead it is setting up API (application programming interface) hubs across the world – in Los Angeles, London, Singapore and Hong Kong.

With the BDxs, the SDNs linking them, and the API hubs, “we’ve already become more and more digitised and we’ve launched some of the services”, he says. The company is offering inter-network packet exchange (IPX) services, to offer clearing to mobile carriers.

This takes us naturally to the impact of the next generation of mobile, 5G. “I think that for the fixed-line operators 5G is absolutely good news,” says Kwok.” HGC is a fixed-line operator, he makes it clear. “For us, we still believe in fundamental infrastructure – fibre underground. If I have $100 to invest, I would put more than $50 on fibre infrastructure.”

This is all part of the fourth industrial revolution, which will be global, he says. “That means everything is everywhere.” HGC is already working on 5G infrastructure with mobile operators in Hong Kong – he won’t say which, except that Hong Kong Telecom, part of the same group that owns PCCW Global, is not a partner in the project.

“We are already putting up networks for a number of operators for fast 5G in Hong Kong.” And HGC is involved in putting small cells on lamp posts, in the Hong Kong government’s smart city programme. “And we are involved in one or two other smart city developments in Asia.” Which cities? That’s something else Kwok won’t talk about yet.

The article was first published in ITW Daily 2019.

We recommend you to read and share the following insight